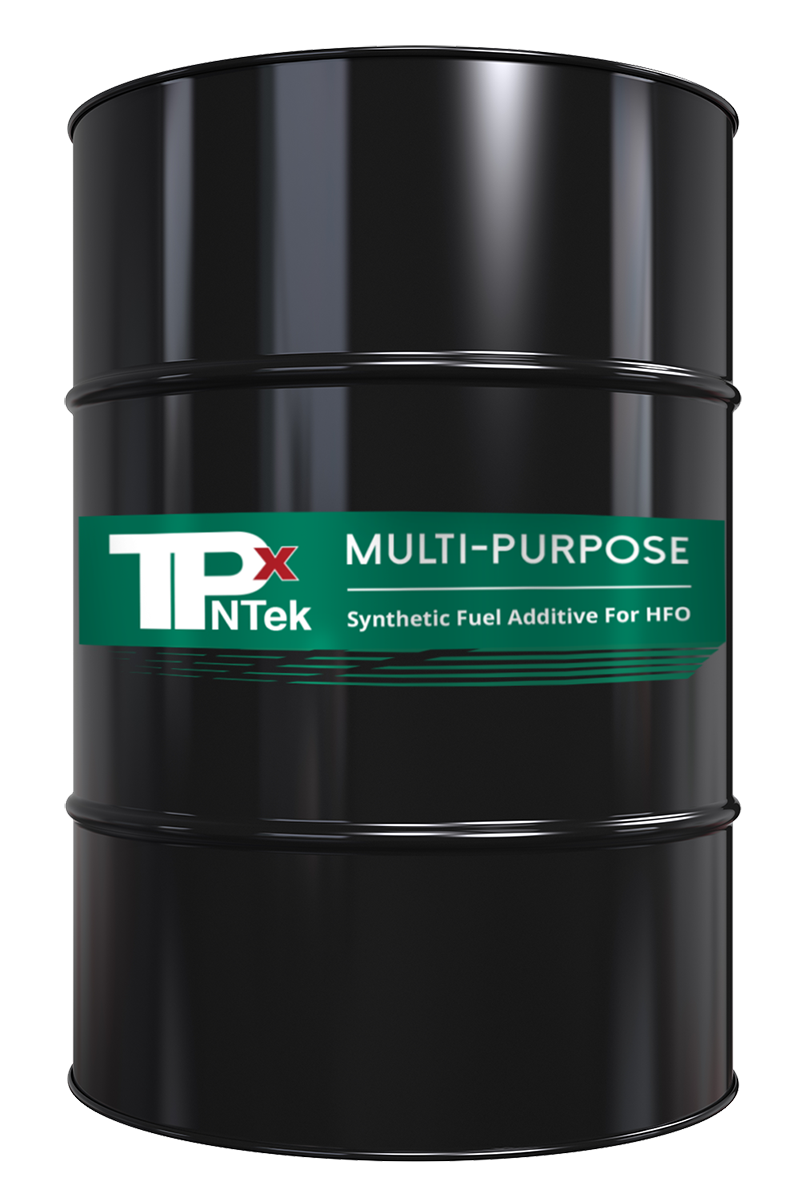 TPx For All Fuels

TPx NTek is the only fuel additive in the world that contains a blend of nanoparticles tailored to deploy magnesium oxide in a highly efficient way and can be used in internal combustion engines.


The use of nano-size particles of magnesium oxide reduces scaling and ash, due to their ability to physically cover and protect more surface area while staying in solution. The decrease in particle size exponentially increases the active surface area of MgO so a greater area can be treated using much less product. One gram of TPx nanoparticles provides 250 square meters of active surface which is 1000 times larger than any other available product. The particle size is extremely important also, since it allows a flow that is non-abrasive to injector nozzles.

Vanadium is an oil-soluble trace metal found in all ash-forming fuel oils. Together with sodium, it cannot be removed in the refining process and has a corrosive effect when burned at high temperatures, contributing to the formation of slag. During combustion, vanadium and sodium oxidize and form semi-liquid and low melting salts (vanadium pentoxide), which adhere to exhaust valves and turbochargers. In practice, the extent of hot corrosion and fouling are generally maintained at an acceptable level through temperature control, an operational solution, and material selection such as the addition of magnesium oxide (MgO). MgO additives reduce vanadium’s corrosive potential by binding it with the magnesium, and increasing the melting point of the vanadates; therefore they do not adhere to internal metal surfaces allowing heat transmission and minimizing scale accumulation. Settling

Due to the size of standard MgO particles, these products do not stay suspended in the fuel. TPx NTek blends with HFO with very little agitation and once blended, the nanoparticles of MgO stay dispersed evenly without settling to the bottom which is especially important when fuel is not flowing.

TPx NTek can be used with any furnace, boiler or engine regardless of size or type.

Traditional additives with magnesium in solid state (suspension of magnesium oxide) can be used only when the combustion equipment is a boiler or furnace but never when using a diesel or internal combustion engine because the presence of solid magnesium oxide inside the engine can cause damage by abrading metallic parts. Increased effectiveness, reduced ash build up.

As an example, in a typical three month operating period for one single engine or boiler consuming a million gallons of fuel oil a month, traditional magnesium oxide additives alone will generate a metric ton of toxic, acid ash in the exhaust system which literally chokes the exhaust and often requires bull dozers and a fleet of trucks with which to dispose of the resulting ash. In contrast, using TPx NTek’s blend of MgO nanoparticles, for the same amount of fuel, only 9 kilograms (about 20 pounds) of neutral ash will be generated.

Using TPx produces a noticeable reduction of operating costs and, since the product is environmentally friendly, it reduces exhaust emissions, smoke, soot and smell. The last place one wants a break down is in the middle of the ocean. Total Power will help keep your engines and generators running clean and strong.

Help Clean Martime Fuel and the Air We Breathe